Meet Molly, the strongest fifth grader we know. Molly lives with Rett Syndrome, an exceptionally rare neurological disorder that primarily affects females. When she was diagnosed, her parents, Greg and Danielle promised they’d do everything in their power to help get to a cure. Every spring, the Foleys hold a beautiful event called “Miracle for Molly” at the Merion in Cinnaminson, NJ to raise funds that speed the research to make their promise a reality. 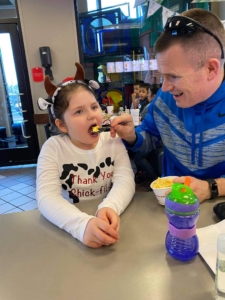 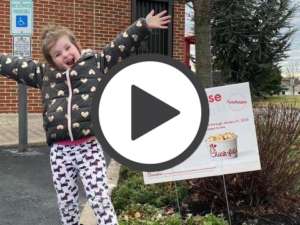 Purchase any size Mac & Cheese October 1, 2022 through October 31, 2022 and 35¢ of every Mac & Cheese sold will be donated to the Rett Syndrome Research Trust. Participating locations include: